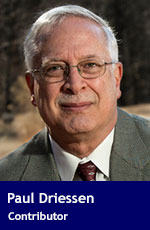 l economy (CAFÉ) standards were devised in 1975, amid anxiety over the Organization of Petroleum Exporting Countries (OPEC) oil embargo and supposedly imminent depletion of the world’s oil supplies.

But barely 15 years after Edwin Drake drilled the first successful oil well in 1859, a Pennsylvania geologist was saying the United States would run out of oil by 1878. In 1908, the U.S. Geological Survey said we’d exhaust our domestic oil reserves by 1927; in 1939, it moved petroleum doomsday to 1952.

Somehow, steadily improving technology and geological acumen kept finding more oil. Then the horizontal drilling and hydraulic fracturing (fracking) revolution postponed the demise of oil and natural gas production for at least another century. The fuels that brought wealth, health, longevity, and modern industrialization, transportation, communication and civilization to billions will continue doing so.

But climate chaos is a product of computer models, a phoney scientific ‘consensus’ and hysterical headlines – not real world evidence. (See here and here to launch some down-to-earth thinking.)

Electric cars represent under 1.5 per cent of new vehicles sold in the United States, a minuscule fraction of the total U.S. vehicle fleet, and a vanishingly small, barely detectable portion of vehicles in use worldwide. Their short range, long recharging times and dauntingly high prices deter most drivers, despite taxpayer subsidies that can reach $10,000 per car sold to rich buyers. And their batteries have significant human health, human rights and environmental problems.

Moreover, the rest of the world is rapidly industrializing, building coal- and gas-fired power plants to bring electricity to billions who still don’t enjoy its blessings, and putting more cars and trucks on their roads. So even if carbon dioxide has replaced the powerful natural forces that have driven climate and extreme weather fluctuations throughout Earth and human history, U.S. mileage rules would make no difference.

It’s therefore hugely refreshing to see that the EPA and U.S. Department of Transportation have proposed to freeze fuel economy standards at the existing 2020 target of 37 mpg. The proposal would also create single national mileage and emission standards – and eliminate the arguably illegal Clean Air Act waiver that the Obama EPA gave California in 2013, letting it set its own tougher automobile emission standards.

To encourage discussion, negotiation and compromise, the EPA/Department of Transportation proposal also presents seven alternatives to the 37 mpg freeze, allowing standards to ratchet upward between 0.5 and 3.0 per cent annually through 2026. Public comments will be accepted until the end of September.

Consumer groups and would-be new car buyers welcomed the move. Reactions from certain other quarters were predictably negative. Democratic California Gov. Jerry Brown labelled it “an assault on the health” of all Americans – a “reckless scheme” that will force motorists to “pay more at the pump, get worse gas mileage and breathe dirtier air.” He promised his state will “fight this stupidity in every conceivable way possible.” Others claimed it would “roll back” efforts to “protect the climate.”

Major automotive manufacturers would prefer to have mpg standards climb steadily upward. They want to promote their ‘green’ credentials, while selling more cars and light trucks – and avoiding vitriolic backlash from the likes of Brown and the Sierra Club. They’d like to see a negotiated deal.

As to “dirtier air,” there’s virtually no connection between mileage and vehicle emissions, which have already plummeted by nearly 98 per cent from what came out of tailpipes in 1970. That’s why radical greens call carbon dioxide ‘carbon pollution’ – to make it sound like soot, instead of the miracle molecule that we exhale, and plants use as a basic building block to make life on Earth possible. The more CO2 in the air, the better and faster forest, grassland and crop plants grow, using less water in the process.

And where do greens think electric vehicles get their electricity? Wind turbines and solar panels?

Climate benefits are equally illusory. Even if there were a connection between CO2 and global warming (or the newer, always accurate nom de guerre ‘climate change’), the EPA and Department of Transportation estimate that the difference between the 37 mpg standard of Donald Trump’s administration and Obama’s 54.5 mpg rule would be a completely undetectable 0.0003 degrees Celsius (0.0005 F) by 2100. That’s a microscopic 0.00004 degrees per year!

How can Brown claim that freezing miles per gallon will harm human health?

By ignoring another reality.

As mileage standards tightened, carmakers had to downsize vehicles, use less steel, and employ more aluminum and plastic. Even with expensive vehicle modifications like side air bags, these smaller vehicles have less armour to protect occupants, and less space between them and any car, truck, bus, tree or other obstacle they might collide with. So they’re less safe and less affordable for poor families.

Insurance industry and other studies show that bigger, heavier vehicles are safer. Drivers and passengers in 54.5 mpg vehicles are more likely to die in a crash – and far more likely to be maimed, disfigured, disabled or paralyzed – than if the fuel economy standards had been relaxed or frozen decades ago.

Freezing standards now at 37 mpg would save car and light truck buyers tens of billions of dollars over the next decade – and save families hundreds of billions in burial, hospital, disability and related costs.

But tougher standards would save drivers billions in gasoline costs, Brown and his comrades claim. What chutzpah! These are the same folks who demand mandates for ethanol, which costs more and gets a third fewer miles per gallon than gasoline. They’re the same ones whose great champion once said, “Giving society cheap, abundant energy would be the equivalent of giving an idiot child a machine gun.”

That champion would be Paul Ehrlich, who remains deeply concerned about “population bombs” … and the human population levels that smaller, lighter, less safe cars are as good a way as any to reduce.

Then there’s the basic matter of choice. Not everyone is an urbanite, with one kid, comfortably squatting down almost to pavement level to squeeze into an econobox ‘smart car,’ happily hauling one or two non-plastic grocery bags a week from Whole Foods.

The best solution would be to roll these restrictive, dangerous, even deadly rules back a few notches. At least freeze them where they are or, as a last-ditch compromise, restrict future hikes to 0.1 per cent annually. If it matters to you, weigh in here by Sept. 30.

Paul is a Troy Media Thought Leader. Why aren’t you?

The 2011 Kia Soul is both cute and practical