The MKZ: not your father’s Lincoln 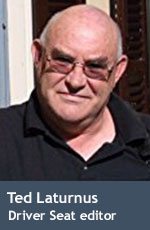 Back in the 1960s, one of the most iconic – and easily recognizable – cars on the road was the fourth generation Lincoln Continental. With its massive slab-sided body, imposing front grille and centre-opening suicide doors, it was the go-to vehicle for potentates, politicians, corporate bigwigs, and anyone else who wanted to project an image of power, wealth and exclusivity.

As time went on, it devolved into a parody of itself and became favoured by hot-rodders and was even used (and destroyed) in a few movies – Animal House and Goldfinger, to name two. These days, it’s a kind of cult favourite with tattooed hipsters and hard-core chop artists.

But Lincoln has moved on and the Continental definitely ain’t what it used to be. Still a crucial part of Lincoln’s model lineup, it’s now augmented by the MKZ series, which is about as far removed from the original Continental as you can get.

In a move that would likely have astounded diehard Lincoln drivers back in the day, the MKZ can also be had as a hybrid model, which is what I drove this time around.

Power for the MKZ is delivered by a four-cylinder, Atkinson cycle engine bolted to a permanent magnet AC electric motor, with a CVT transmission. Atkinson cycle engines are engineered to keep their intake valves open a smidgeon longer during the power cycle than conventional engines, which enhances combustion (and fuel economy) at the cost of power.

The MKZ Hybrid is a lovely automobile in many ways but a road-scorcher it ain’t. Battery power for the electric motor is lithium-ion and the total power output for this drivetrain is 188 hp. It’s also front-drive, whereas its non-hybrid stablemates are all-wheel-drive.

Fuel economy is 5.9 litres/100 km combined rating, compared to 10.3 for the four-cylinder non-hybrid MKZ, and 11.8 for the three litre V6, so the MKZ Hybrid is quite thrifty.

And not at the expense of creature comforts. With a few negatives, which I’ll get to shortly, the MKZ takes a back seat to no one when it comes to ambience, ergonomics, instrumentation and comfort. I particularly liked that it has rotary radio controls and a nicely-engineered push-button gear selector. It’s also a beautifully-designed automobile, one of the prettiest mid-size sedans out there.

Now, about those caveats:

• Interior head space is at a premium. I’m far from a tall person but if you don’t drop the front seats right down to their lowest setting, you’ll be scraping the headliner. In fact, I struggled with the driver’s seat during my entire time with this car – not with comfort, just positioning.

• There’s no spare tire. Instead, there’s a “temporary mobility kit,” which consists of an air pump and a kind of built-in flat repair. Sorry, but I want an actual spare tire and a full-size one at that.

• The electric e-brake doesn’t work. More to the point, it broke when I parked on a hill and decided to actually use it. The knob says: “Pull On” so I did and the whole assembly came off in my hands … just broke to pieces. The tricky part came when I wanted to leave: the e-brake was stuck in the On position and the car wouldn’t move. I had to get on my knees to poke around and release it – I used a ball-point pen. For an upscale luxury car, this is unacceptable.

On the plus side, the MKZ has excellent noise, vibration harshness (NVH). It’s a first-rate highway cruiser, if a little on the anemic side, and the only time you hear any kind of drivetrain noise is when you give it some welly climbing hills or overtaking. That four-banger really has to work hard to keep up. Still, full marks here.

I also like the idea of a luxury car with an environmental conscience. Who says upscale cars have to be wasteful and thirsty? Just fix the small bits and it’s all good.